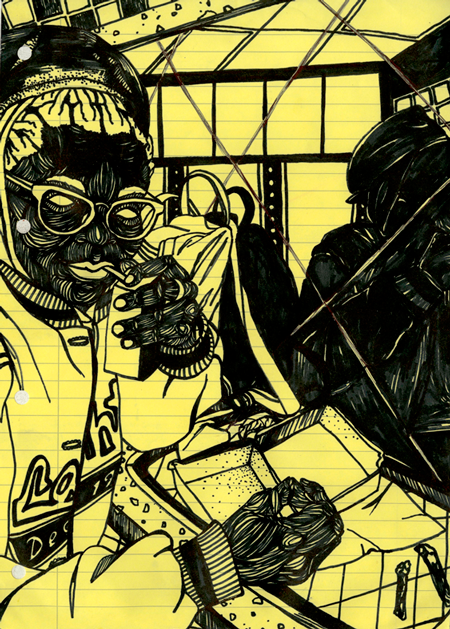 As the London neighbourhoods we grew up in transform beyond recognition to make way for new residents and audiences, we take a step back to assess the damage. We catch up with researcher and curator Hudda Khaireh and food journalist Pelin Keskin for a frank conversation about food, class and encroachment.

What were the food landscapes in your local area like growing up?

Pelin: We always had two different locations for grocery shopping: the British supermarket and the Turkish one. The Turkish Food Centre in Dalston was central to my upbringing, and when we moved to Walthamstow it became the International Supermarket and Walthamstow High Street Market. Whenever we ate out as a family or if my dad wanted baklava we’d always go to a restaurant in Dalston. Mainly, I remember my parents going from place to place just to try and get the best value for money.

Hudda: Growing up in South London we did our weekly shop at Sainsbury’s or the Co-op in Croydon and got our halal meat, fruit and veg on London Road. We moved to West Norwood in the mid ‘90s and for halal meat, fruit and veg we went to Brixton Market and used the poundshop for toiletries and cleaning products. My dad would go to the Somali shops in Streatham weekly to get treats like xalwa and bottles of Shaani, and he’d also bulk buy Italian pasta because it was nicer than the supermarket stuff.

How have these food landscapes changed?

Pelin: I feel a certain pride knowing that restaurants I grew up with in Dalston are still standing despite changes to the neighborhood. We still go to Dalston for family meals because (despite my best efforts) my parents only see value in spending restaurant money on shish kebab. Walthamstow High Street is still going strong, despite the new renovations around the tube/overground station. The biggest change I’ve noticed in the last few years, in being the last stop on the northbound Victoria line, is that more and more white people stay on till the end of the line. Most would used to get off at Finsbury Park and change to the Piccadilly line. Then it became Blackhorse Road station. Now they get off where I do, at the end of the line.

Hudda: Brixton is wild to me because it never had any supermarkets except for the big Tesco on Acre Lane but now the Carpet Right is a big Sainsbury's, and there are plenty of Sainsbury’s Locals and Tesco Expresses even in dead places like Vassell and Herne Hill. We have new Brazilian-Polish food stores, the obligatory Polski Skelp and a few Portuguese cafe/restaurants but if you know South then you’ll know that’s not a big deal in terms of change. Lambeth Council has supported these borough-wide bougie monthly French Farmers’ Markets and artisanal blah blah stuff and West Norwood has been hit especially hard. One door down from Morley’s Chicken, previously the Internet cafe/IT repair shop, there is now a place that sells craft beer. There is a surplus of independent coffee shops now and even a Costa which blows me away.

There’s been plenty of hype this year over chicken shops. What is the attraction to ‘poor people’ food? How do you understand that process of fetishisation?

Pelin: It’s a metropolitan version of “Wow, can you believe these tribes eat bugs? I’m going to eat them too!” Everyone thinks they’re Bear Grylls. They’re fascinated by poor (and foreign) people’s food because it’s ‘fun’. For many, it’s an anthropological experience rather than a socioeconomic reality. The spike in popularity will wane. These people get disgusted by chicken bones in boxes at the back of the bus- they can’t survive. Someone will create a more palatable gourmet version in Soho with an on-the-nose Instagrammable aesthetic.

Hudda: I agree with Pelin in that it’s mostly voyeuristic. But for me this isn’t about ‘poor people’ food. No one is doing this over cheese and onion pasties from Greggs or fish and chips. Fried chicken is culturally synonymous with black people.

Hudda: Everyone from the ends eats fried chicken. My local chicken shop resembles an elderly day-care centre on weekdays especially in light of all the cuts to social welfare provisions like Meals-on-Wheels. Nonetheless, chicken shops are synonymous, and therefore infamous, as a result of their association with black school children. When Elijah Quashie started the genius web-series that is the ‘Pengest Munch’ and people on Twitter started hyping it and Quashie got love from all those culture vultures it followed the same trajectory of so much black cultural production. 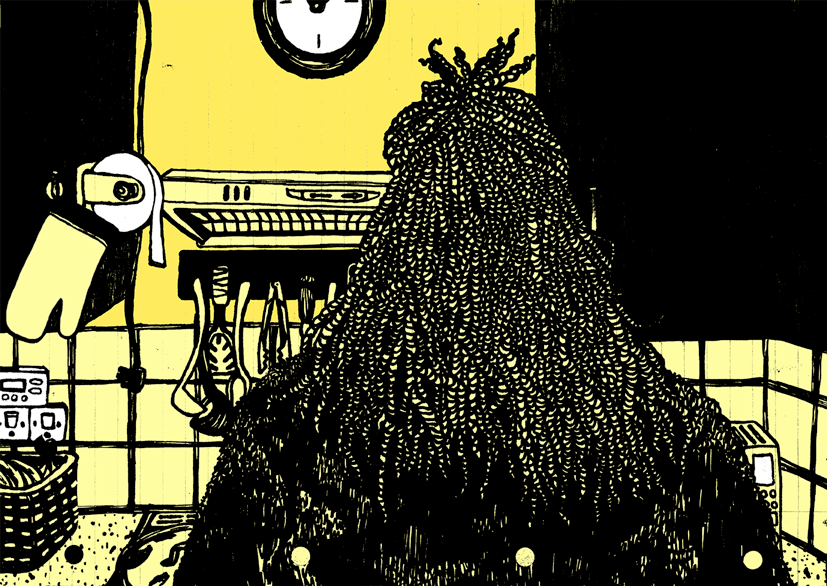 What role do you think trendy cafes and restaurants play in encroaching on working-class areas? How would you describe the relationship between food and class?

Pelin:For immigrants, opening a cafe or a restaurant is often about creating a foothold to survive in a new country and a sense of home in a strange place. The bittersweet reality of a city like London is, is that if we have our landscapes, neighbourhoods and bubbles, it follows that so do privileged people. The difference is they can move into our bubble but we can’t move into theirs. Their landscape is impenetrable whereas ours looks like cheap rent. They can copy us but we can’t copy them. Someone with a social sciences degree who doesn’t want to work in a boring office and decides to be their own boss can set up a restaurant selling our food to a white clientele. What you end up with are places like Le Bab or Black Axe Mangal - places that profit from displacing a cuisine from its context in this country while being lauded for ‘reinvigorating’ it.

Hudda: The types of food we eat, our access to it, and how society receives our food ‘customs’ are not outside the social structures we live in. Class is one way of understanding these power dynamics and I want to talk to it, but I’m black, I live in London, apparently I’m working class too but my experience of space, of being intimidated and how the food, the people what nurtured me into what I am, is not one that can be explained under the rubric of ‘class’. The late Stuart Hall wrote: ‘I am the sugar at the bottom of the English cup of tea. I am the sweet tooth, the sugar plantations that rotted generations of English children's teeth [...] That is the outside history that is inside the history of the English. There is no English history without that other history'.
Hall is someone I think through, with, and against when I come to these questions of class. When he says ‘I am the sugar at the bottom of the English cup of tea’, it locates the issues we’re trying to unpack in a different language, texture and register to class. The English are a class, separate to and already formed in contra-distinction to the enslaved African on the plantation. Conquest and slavery made this babylon, including our modern day food cultures. There is no cafe culture or even concepts of ‘fine dining’ without it. Pelin spoke to the reality that thousands of restaurants and cafes in the UK are run by immigrants, to sustain their home cultures and communities, of course, but also because British people have long had a hunger for food from foreign climes and have been more comfortable seeing foreigners serving them than doing anything else.

Pelin:That inevitable sense of superiority is rooted into the psyche. It manifests itself domestically with increasing ease because you don’t need to get on a ship and sail across the seas to satisfy that urge and validate those feelings.

Hudda:I really feel what you say, Pelin, that the difference is they can copy us but we can’t copy them - that they can move into our bubble but their bubble is impenetrable. Not that the issue here is reciprocity. For me it speaks to the various degrees of captivity some of us are required to live in, compared to the absolute freedom to be complete begs that certain demographics run on. Gentrification is and hides a story of power - who has the power of movement and who has the power to decide what is of value in the first place.